Staying fit, spiritual growth, better lifestyle and ultimately liberation… You might know that yoga is the best way to go about attaining these. But then, what is yoga to you? A few stretches and some quiet time on a yoga mat? Well, that might not be the complete picture!

Yoga is an art and science that enables a well-balanced and meaningful life that takes you to the source within, on and off the mat. The Yoga Sutras compiled by the great Indian yoga sage, Patanjali, is an authority on yoga as we know it. He studied the practice deeply and made this science, which was limited to Himalayan yogis, accessible to the common folk. He divided the entire system into eight limbs, thus it is also called ashtanga yoga; ‘ashtha’ meaning eight in Sanskrit, and ‘ang’ is limb.

Ashtanga yoga or eight limb yoga is the inspiration to all the yoga practices today, including at Shvasa. Each of these works from outer to your inner. When you follow the system of these eight limbs, you will have a toned body and ultimately reach a state of constant bliss. It is a full mind, body and soul workout.

Now, too much about the eight limbs of yoga, and no info on what these are. Here you go, without much ado:

The eight limbs of yoga as laid down by Patanjali are

Let’s understand how these set us on the path of physical, emotional and mindful evolution.

The first limb out of the 8 limbs is Yama or ethics is also called restraint sometimes. It is a code of conduct or guidelines for one’s interaction with the outer environment or the world.

The signposts on this path are: ahimsa or non-violence, Satya or truthfulness, Asteya or the restraint to steal, Brahmacharya or celibacy (or chastity), and Aparigraha or non-coveting.

That’s what yoga is all about, taking control of your life. And the first limb trains you to improve your interactions with the environment.

Niyamas are basically observation-based practices adopted to change and refine the self. They are your guide to ideal habits for healthy living, spiritual enlightenment, and a liberated state of existence. Freedom, thy aren’t far!

This limb again has five parts to it. The five Niyamas are: Saucha or purification; Santosa or contentment; tapas or asceticism; Svadhyaya or study; and Ishvara Pranidhana or dedication to God.

Asanas or postures is the third limb of ashtanga yoga and is what many misunderstand as yoga. The contemporary world that has fad yoga spin-offs mushrooming focuses only on this limb and propagates the third limb in isolation as yoga.

There are about 84,000,000 postures catering to every tendon and muscle of the body. However, many practitioners identify a few postures that work for them. For instance, at Shvasa, 500 postures are taught across classes. It’s good to understand that these asanas are not purely about twisting and turning. These are poses that are done with the right kind of breath work and mental state. The Vinyāsa or transitioning from one posture to the next also involves techniques, sequences and The yogic view holds the body as the temple of the spirit and life energies. Therefore breathing.

It is bound to shape your physical body, make you more flexible, and strong.

Prayanam, the fourth limb of Ashtanga Yoga can be understood by breaking down the term to its origin: Prana meaning “vital life force” and also “breath”; and Yama, meaning “to gain control”. It’s clear that the practice is all about controlling your breath and its rhythm to elevate life energies or pranic energy. Hand gestures or mudras play an important role. The pranayama practices are very powerful. In the eight-limb path, pranayama is a means of attaining higher states of awareness. It also purifies the blood, respiratory system, strengthens the lungs, mind and brings about a glow on the skin. After just a few session, you will rise calmer and more blissful.

There are four stages of this limb:

That’s the power of pranayama, it not only brings down respiratory diseases, but a serious practice alleviates the person and brings them closer to their inner guru.

Once again, get to the roots to know and understand a thing. In this case, we are talking about the etymological root. Pratyahara is derived from two Sanskrit words: Prati and Ahara. Ahara means food, however it also stands for anything that we consume or ingest or put inside us. Prati is a preposition that translates to abstaining or staying away. When you put together these two, the term thus coined means to wean away from food or anything meaning that you take in — news, food, thoughts, smells, sounds, etcetera.

This limb of the eight limb yoga trains you to stay unaffected by myriads of distractions. How? Because you are controlling what your senses are taking in. Yes! Once you understand how yoga works and you start mastering various limbs, you start growing healthy not just on the outside but also inside. At this stage, you learn to control and even mute inputs to your senses. You don’t serve them, they serve you.

An often-used analogy is that of a turtle withdrawing its limbs in the shell. The shell is the metaphor for the mind and the limbs are the senses. You learn to turn inwards.

Dharana is concentration. It is often confused with meditation, but hey! Meditation is the seventh limb. We are still on the sixth. This limb is all about concentration and cultivating an awareness of the inner self.

At the fifth stage, you withdraw inwards, now you take it up several notches higher. It involves focussing, and some of the practices are naval gazing, candle gazing (tratak), gazing at the mental picture, and even focussing on the gaze.

This is the true beginning of the inner journey where you inch closer to the source and towards your higher self.

Dhyana is meditation. To be clear, contemplative meditation. Now, there might be confusion between the sixth and the seventh state, but by now we know that the next step takes one forward from the previous one. So, let’s just say that intensifying withdrawal, leads to concentration which then leads to the state of contemplative meditation where you become a witness to your thoughts. You become keenly aware without focus.

Once you practice contemplative meditation enough times, you find joy within yourself. By now, you understand that you are the doer and you are the one who can make yourself happy.

And once you are at the eighth step, you have found the supreme. Read on.

The eighth stage in the eight limbs of Ashtanga Yoga is pure bliss. This is where the practitioner transcends the distinction between the self and the other and becomes one with everything. The mind becomes still, distractions can’t lure the senses, and you have become one with the object of meditation.

In simple words, this is where you absorb oneness with everything and everyone, including the self. You are able to see the interconnectedness among all. This is the stage where you tap your highest potential, you are mentally, emotionally and physically close to perfection. The peace that we all go about yearning for is found inside and this is the stage where you revel in the source which has been within you all this while. If one were to draw an analogy, one would say the musk deer which has been running around in search of the intoxicating scent finally realizes that the musk is inside it. It stops searching for it.

This stage is of super-consciousness, eternal bliss and, wait for it, enlightenment.

Well, those are the eight limbs of Ashtanga yoga that ensure holistic wellbeing. These stages are no child’s play to observe but once you start doing it, you start moving with the flow. And each and every practice adds up. Even if you do it for a few days, you’d notice obvious changes in your body, attitude, mental disposition and emotional health. Since it also balances the hormones and works on the nervous system, you experience joy in everyday life. That’s why yoga is called a complete art and science. If you plan to take up yoga, ensure you enroll with a master who understands the philosophy and is not just selling some twists and bends.

At Shvasa, we engage only those teachers who know have imbibed the principles of ashtanga yoga and are expert practitioners. Don’t wait any longer, start yoga today, and live the benefits already! 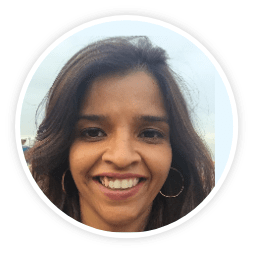 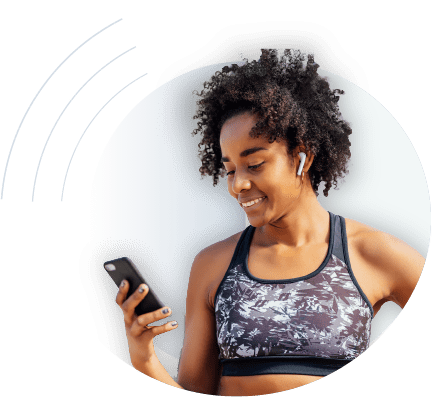 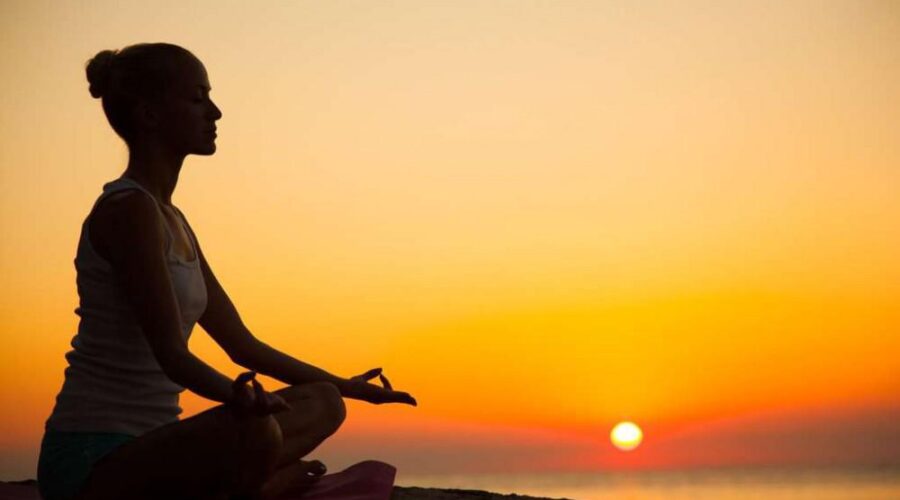 Introduction To four Streams Of Yoga 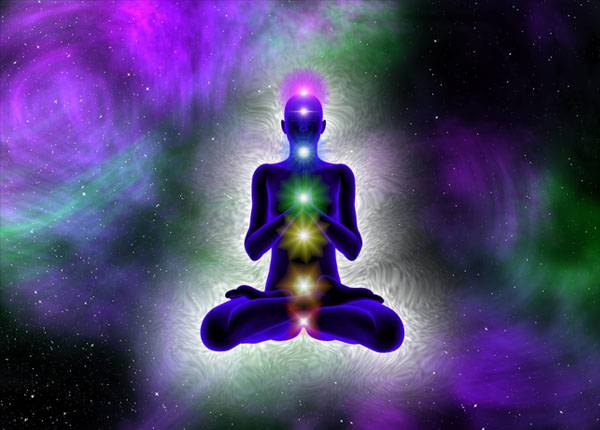 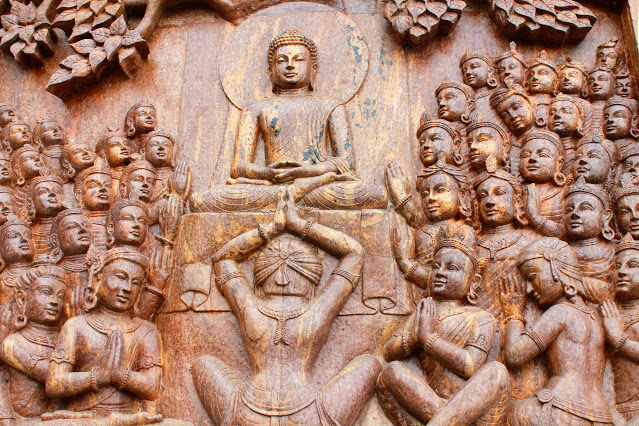